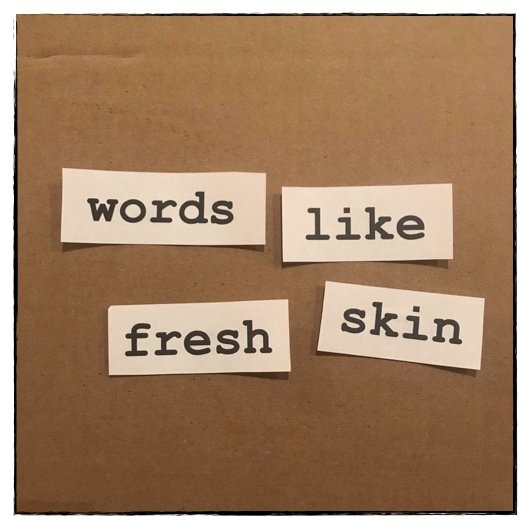 “...you can see five thousand years back in the light of words, everything we feel, think, know — and share, in words, so not a soul is in darkness, or done with, even in the grave. And I know, I KNOW, one word and I can — put the world in your hand — and whatever it is to me, I won’t take less!”

The third iteration of the Digital Happening project explored the influence and power of words in the 21st-century.

How are our lives influenced on a daily basis by the power of words?  What happens to the world-making force of language when the majority of communication is limited by character-counts, and filled with emojis and abbreviations?

WORDS LIKE FRESH SKIN was staged as part of an artist residency on Governors Island. The goal was to locate and highlight the influence and power of language in the 21st-century through the words of poetess Edna St. Vincent Millay. Performers and audience members were tasked with posting on Twitter using ONLY words and phrases from her poetry and journals.  Conceptually appropriating Millay’s influential words on social media granted them new life, and another chance to change the world. To see more responses from the event follow @ESVincentMillay on Twitter, or search #wordslikefreshskin on social media!

Performing the World 365
Imagine Post Patriarchy...
Not, Not a Happening